Brianna Barnes is a multi-disciplinary storytelling artist based in New York City. She grew up in Mansfield, Ohio where she attended Mansfield Christian School and performed in countless productions at The Mansfield Playhouse, Mansfield Youth Theater, and Renaissance Theater. Some favorite roles included The Cat (Honk Jr.), Dorothy (Wizard of Oz), Belle (Beauty and the Beast), and Mary Poppins (Mary Poppins). Brianna went on to study Musical Theater in college and was accepted to the highly-esteemed College Conservatory of Music (CCM) at The University of Cincinnati. She then was signed with The Roster Agency shortly after moving to New York City. In her 5 years based in NYC, Brianna has found multiple creative avenues to spread her wings. She has performed professionally in musicals all over the country including Mamma Mia, Gypsy, A Gentleman’s Guide To Love and Murder, Sunset Boulevard, Brigadoon, and The Drowsy Chaperone as well as The National Tour of A Charlie Brown Christmas playing Lucy.  She has also pursued playwriting and directed and produced her first original musical, Let There Be Light, which won Best Musical and Best Score at The New York Theatre Festival in 2018. When Broadway shut down in March of 2020, Brianna decided to record an album of her original music. Following her two successful singles, Storyteller and The Mountain (Ode to Lady Fear), her debut EP, Hierophanies: Manifestations of the Sacred, will release June 5, 2021. You can hear her music and follow her journey at brianna-barnes.com or on Instagram at @brianna_barnes_ 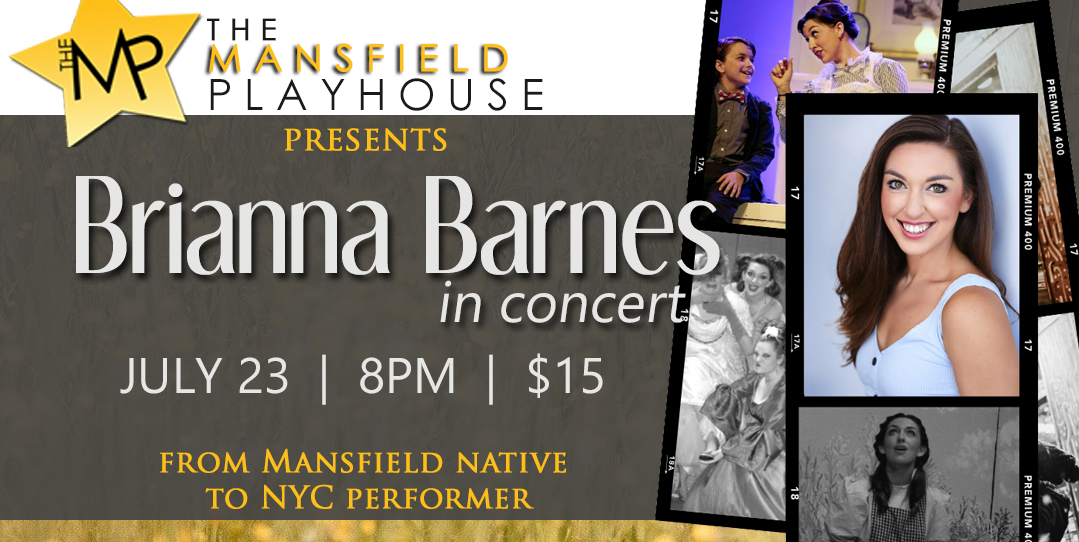 A Night of Broadway Classics and original songs!

Featuring songs from-
The Sound of Music, Mary Poppins, Beauty and the Beast, Cinderella, & more!

A unique concert fun for the whole family!